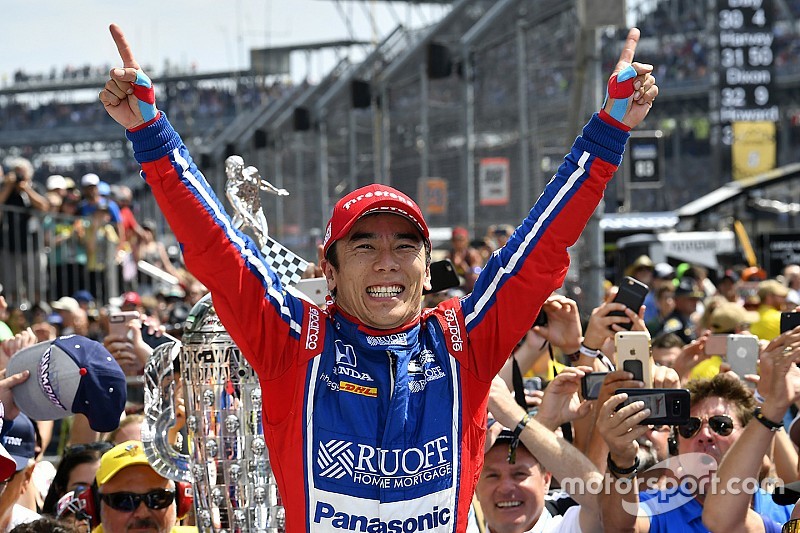 Takuma Sato in the winner’s circle after winning the 101st running of the Indianapolis 500 Sunday. (Source: LAT Images)